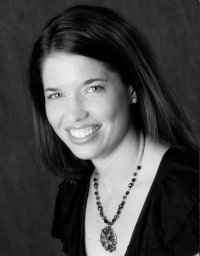 Jessica Koebbe is Instructor of Piano at MidAmerica Nazarene University where she teaches private lessons in addition to teaching and coordinating the keyboard skills program. She is active as a soloist and collaborative pianist, performing frequently with the Midwest Chamber Ensemble and with internationally recognized instrumentalists including those from the Fort Worth, Kansas City, Omaha, Topeka, and Santa Fe Symphonies as well as with singers from the Fort Worth, Nashville, and Cincinnati opera companies. In 2015 she performed chamber concerts upon invitation in Paris and Germany. In 2016, her recording of Brad Baumgardner's "With One Eye Open: Eight Preludes for the Waking World" on the album Voices from the Middle: New Music from Kansas City earned a Special Citation for Exceptional Performance as well as the title of Finalist in the Instrumental Solo Professional Division of The American Prize. Dr. Koebbe has been selected as a prizewinner for the Sigma Alpha Iota National Graduate Performance Award, Sigma Alpha Iota National Undergraduate Instrumental Performance Award, Truman State University Piano Festival, and the University of Central Arkansas Piano Competition, and was the recipient of accompanying and teaching assistantships for her graduate work.

A proponent of new music, Ms. Koebbe has premiered and recorded works by several US and Taiwanese composers including Michael Benoit, Brad Baumgardner, and Hsin-Jung Tsai. Premiere recordings have been released on the albums Collage by Harbor House Records and Voices From the Middle: New Music from Kansas City by BRC Audio Productions.

An advocate of strengthening relationships between the community and classical musicians, Dr. Koebbe has held many board and committee positions with musical organizations across the country including the Fort Worth Music Teachers Association, Sigma Alpha Iota's Fort Worth and Kansas City Alumnae chapters, and she currently serves as a committee member of the Midwest Chamber Ensemble. In addition, she is a Nationally Certified Teacher of Music through Music Teachers National Association, an active teacher of prize-winning pre-collegiate and collegiate students, a frequent adjudicator, and the founder of Mindful Music Pedagogy (www.mindfulmusicpedagogy.com).